Spencer Group today announced it had won a significant contract to design and build wood pellet facilities at the Port of Tyne.

Lynemouth Power Ltd, which operates Lynemouth Power Station on the Northumberland coast, has awarded a contract to the specialist engineering business for the design and construction of a facility for the handling, storage and rail-loading of wood pellets at the port.

Up to 200 construction jobs will be created as a result of the contract awarded to Spencer and work on the project has now begun.

The facilities being designed and built by Spencer are at Tyne Dock, South Shields, where the Port of Tyne recently invested £25m in extending Riverside Quay to support the project.

The new facilities will handle up to 1.8m tonnes annually of wood pellets, offering the capability to meet the full requirements of Lynemouth Power Station.

The fully integrated and automated Spencer system will enable wood pellets to be conveyed mechanically to one of three newly-built silos, each capable of storing 25,000 tonnes of material. The pellets will then be discharged from the silos via two conveying streams to a rail-loading facility to take the material to Lynemouth.

Industry-leading particle controls will be in place throughout the system, as well as sophisticated measures to monitor and manage the condition of the wood pellets.

Spencer’s in-house Slipform Engineering technology and equipment will be used for construction of the silos to deliver enhanced quality and safety performance during the build.

The Spencer project also includes construction of a control room, workshops, stores and welfare facilities, creating a standalone facility at the port. In addition, Spencer will carry out modifications to the existing rail infrastructure to provide dedicated rail lines to serve Lynemouth Power Station and connect the new facilities to the 11,000-volts mains supply. 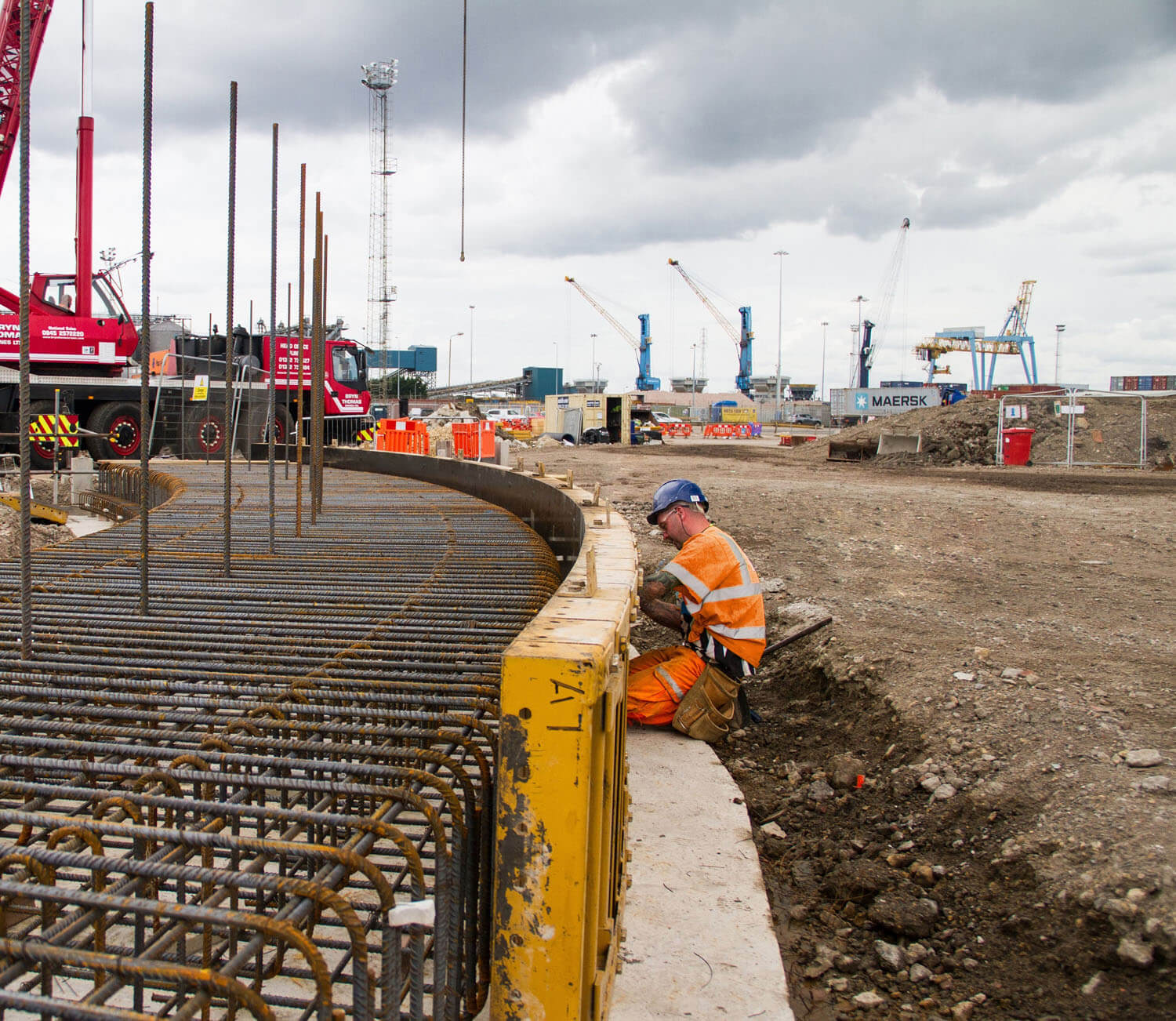 Spencer Group has begun work on the construction of one of three storage silos as part of integrated facilities for the handling, storage and rail-loading of wood pellets at the Port of Tyne.

Hull-based Spencer Group is one of the UK’s leading privately-owned multi-disciplinary engineering businesses and has substantial renewable energy activities. The company has carved out an industry-leading reputation for biomass facilities, including being the first UK contractor to have successfully constructed and commissioned renewable fuels handling facilities at both ports and power stations.

Flagship Spencer schemes have included designing and building a biomass reception, handling and storage facility at Drax Power Station in 2010 and, in the same year, a wood pellet storage and rail-loading facility at the Port of Tyne, which was then the first of its kind in the world, again to serve Drax.

In 2013 Spencer constructed biomass handling, storage and discharge facilities at the Port of Hull, once more to support Drax’s biomass conversion. Those facilities set industry-leading standards and reinforced further Spencer’s demonstrable track record in this field.

Spencer founder and Executive Chairman Charlie Spencer OBE said: “This is the largest single contract Spencer Group has secured in the materials handling and storage sector and is great news for everyone within the business.

“It validates our long-term strategic focus on major infrastructure projects in the renewable energy field and recognises our industry-leading capability in the safe, reliable and efficient movement, storage and loading of biomass materials.

“We are proud to be contributing once again to a significant project supporting the UK’s transition to a secure and sustainable low-carbon economy.”

Engineering Director Ian Atkinson said the contract win recognised Spencer’s experience and expertise in the design and construction of renewable fuels handling facilities and reflects the long-term, trusted relationships it has in the industry.

He added: “We are delighted to have worked with the Port of Tyne and Lynemouth Power to develop a design and build solution to meet the exacting requirements of both the port and the power station.

“Our in-house expertise and proven track record in developing and delivering materials handling, storage and loading systems gives the client, Lynemouth Power, the confidence that we will deliver this business-critical project in line with their programme, performance and cost expectations.”

On January 7, 2016 it was announced that Energetický (EPH), a leading Central European energy group, had acquired Lynemouth Power Station from German energy giant RWE. On May 12, 2016 EPH confirmed that plans to convert the power station to biomass were proceeding according to schedule. 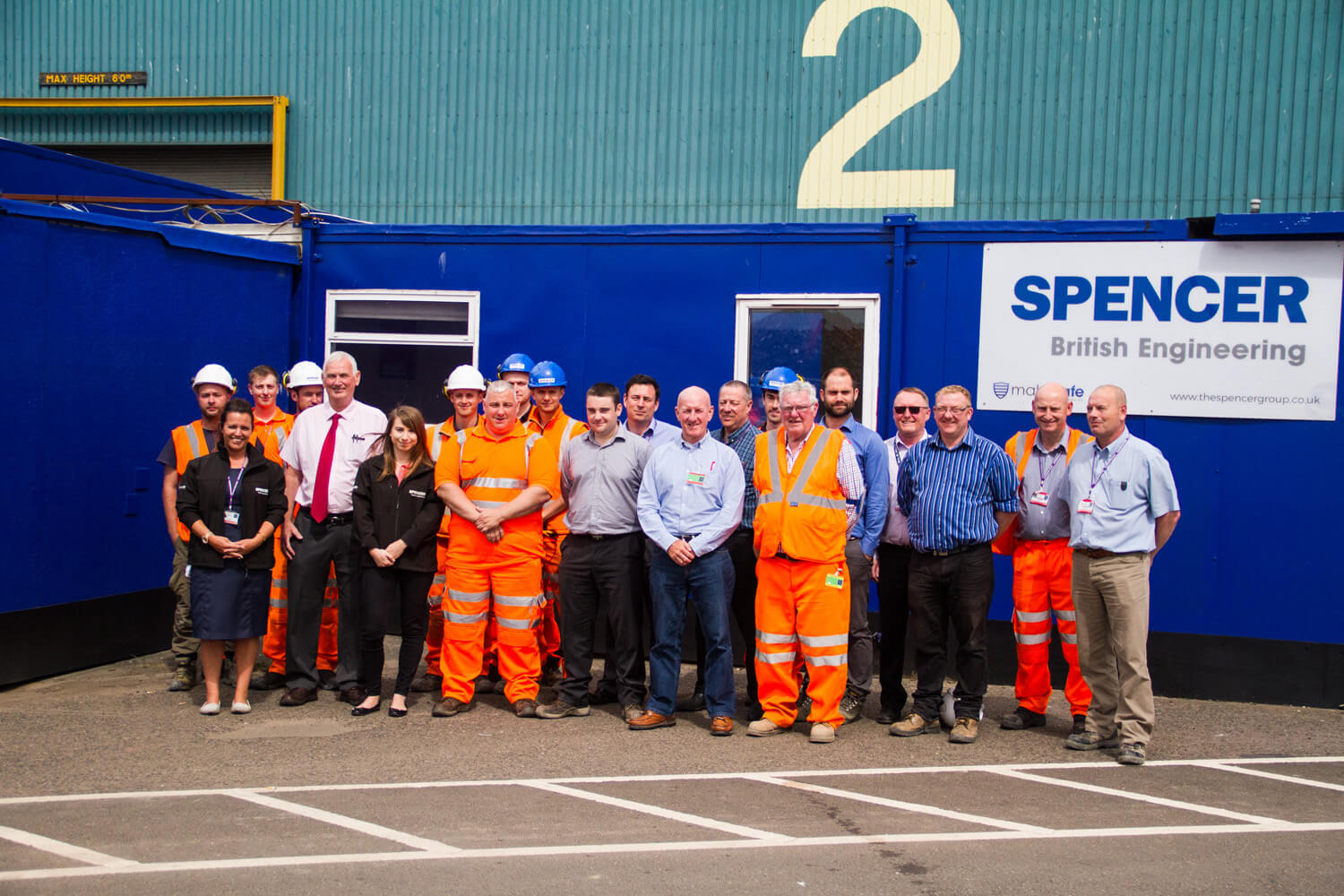 Spencer Group’s Team at the Port of Tyne