Three major silos have been erected as the centrepiece of large-scale wood pellet facilities at the Port of Tyne, a significant milestone in what is an important northern project.

The structures, each 36m (118ft) tall and 45m (147ft) in diameter, have been built by engineering specialist Spencer Group as part of a major, multi-million pounds contract awarded by Lynemouth Power Ltd. In due course, the silos will be topped off with “penthouse” structures housing the drive mechanism for the wood pellet conveyor system, taking the full height of the buildings to 45m.

The facilities, at Tyne Dock in South Shields, Tyne and Wear, will handle up to 1.8m tonnes of wood pellets annually, to support the full conversion of Lynemouth Power Station on the Northumberland coast from coal-burning to biomass.

The project will enable wood pellets to be conveyed mechanically to one of three newly-built silos, each capable of storing 25,000 tonnes of material. The pellets will then be discharged from the silos via two conveying streams to a rail-loading facility to take the material to Lynemouth Power Station by train.

Spencer, which is renowned for delivering innovation on complex projects, has utilised Industry-leading particle controls in the material handling system, as well as sophisticated measures to monitor and manage the condition of the wood pellets.

To complete the project, Spencer will utilise its specialist skills in the rail sector to carry out modifications to the existing rail infrastructure to provide dedicated rail lines to serve Lynemouth Power Station and connect the new facilities to the 11,000-volts mains supply. 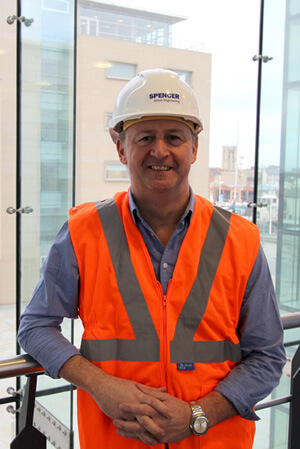 Gary Thornton, Spencer’s Managing Director, explained: “With the emergence of the Northern Powerhouse and the increasing importance of major northern infrastructure projects, we were extremely proud to be awarded this contract.

“The project showcases Spencer Group’s ability to deliver significant projects of scale and positions us as a market leader in handling biomass.

“The completion of the three silos is a major milestone, as we now enter the final phases of the project.”

The first materials handling gantries have also been installed on site as part of the conveyor system taking the wood pellets from the quayside to the silos and, finally, the rail-loading facility. The gantry structures have been fabricated off site and are being pre-assembled on the port estate, prior to installation.

Project Director Derek Barr said: “In terms of design and delivery this project is at the forefront of innovation in this field. We have a very experienced team on site, drawn from within the business, and we have expanded it because of the size and complexity of the project, with so many disciplines involved.

“We have deployed the multi-disciplinary expertise within Spencer Group and supplemented it with specialist contractors to deliver the full package for the client. We design, engineer and construct the facilities and, as we have in the past, we will also prove their performance as an integrated system.”

The project is now well on the way to completion, with the facilities due to be fully operational later this year.

It continues a strong collaborative relationship between Spencer and the Port of Tyne which dates back to 2010 when Spencer worked with the port to design and build a rail-loading facility for wood pellets, which was then the first of its kind in the world.

Andrew Moffat, Chief Executive Officer of Port of Tyne, said:  “We have been innovating processes, procedures and systems for the handling, storage and transportation of wood pellets since 2009, when we built the first facility, and even now we continue to research and develop improvements for effective handling of this material.

“As well as working with Spencer Group on site, we have been employing new technology in the design of specialist hoppers required for the new handling and conveying systems.  These are currently under construction in Spain and are due on site in April.

“The whole project at Port of Tyne is a very significant addition to the region’s infrastructure. We are delighted to have invited Lynemouth Power Ltd to the Port of Tyne and look forward to working with them for many years to come.” 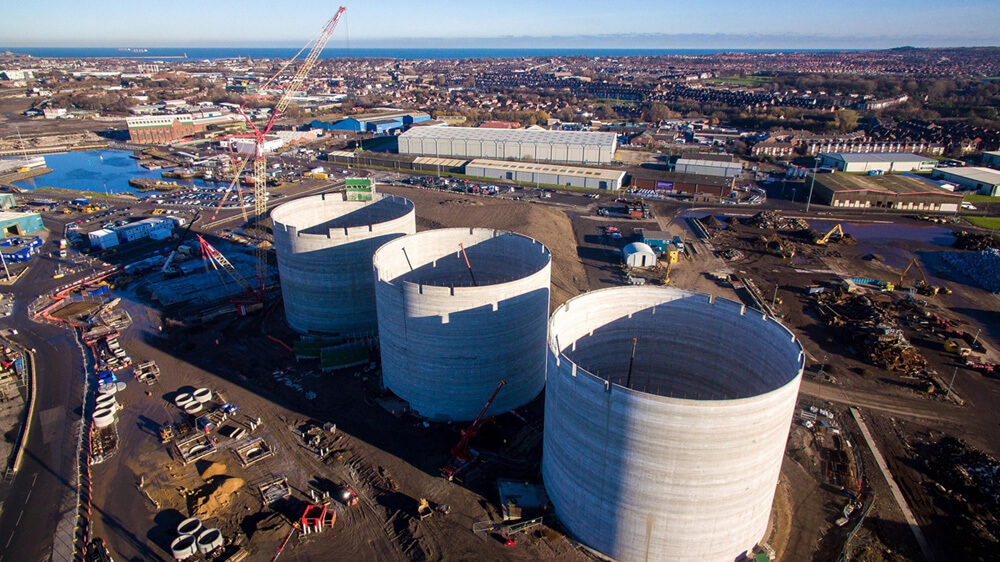 Hull-based Spencer is one of the UK’s leading privately-owned multi-disciplinary engineering businesses and has substantial renewable energy activities. The company has carved out an industry-leading reputation for biomass facilities, including being the first UK contractor to have successfully constructed and commissioned renewable fuels handling facilities at both ports and power stations.