Spencer Group has completed a series of intricate and sensitive refurbishment works at the historic Wemyss Bay railway station in Scotland.

The contract, which saw works begin in April 2014, required Spencer Group’s team to carry out a range of works, including refurbishing platform canopies and the concourse roof, installing a new access system to canopies and a series of other external and internal building works.

For a generation of Scots, the elegant A-listed Edwardian station at Wemyss Bay will always be remembered as the gateway to their annual holiday – marking the start of the Glasgow Fair for those who travelled “doon the watter” before hopping on a boat and sailing across the Clyde to their final destination.

The project was originally to be delivered over two financial years to take advantage of two summer periods and ensure tools could be downed during the winter periods which, due to the station’s location, would be particularly harsh.

However, following the initial works on the site, it soon became clear that the completion date was unrealistic, as more and more issues with the structure were discovered.

The problems stemmed from the age of the building materials, such as the Georgian wire over the canopies and the paint used, and the inability of these old technologies to handle the station’s coastal location, with water ingress and rust causing significant damage. Further to this, the lack of access to many parts of the station building led much of it to fall into disrepair, as maintenance works had been impossible.

Almost all of the station’s existing roof slates were classified as unsuitable for the coastal environment, needing a total of 1,434m2 of replacement tiles. A post-contract-award of the structural assessment also revealed significant overstressing to the existing structural elements, requiring substantial strengthening with 3.5 tonnes of steel. 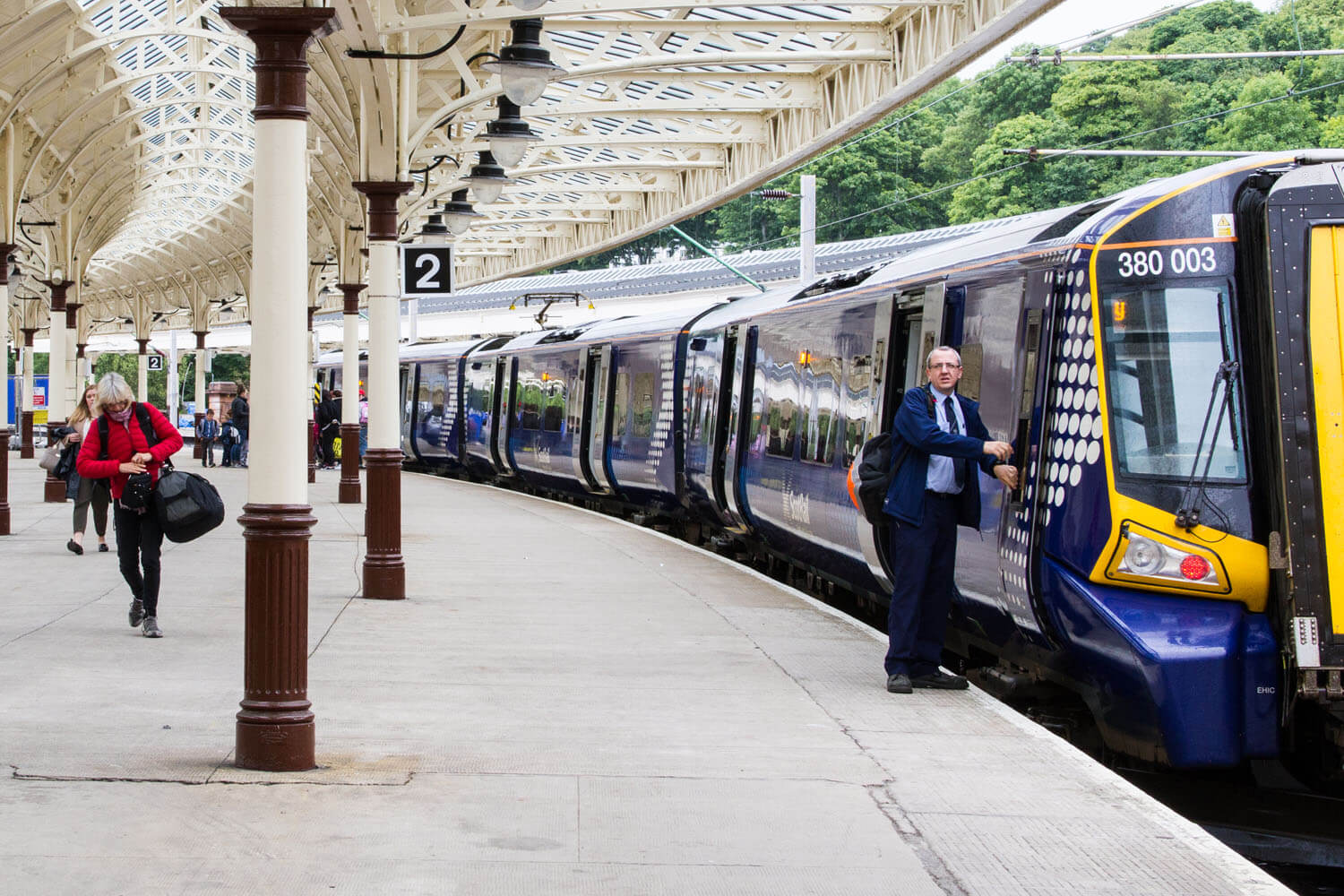 Several problems with the paint on the station’s steel beams, including rust and the use of lead-based paint, meant that nearly 4,000 litres of new paint was used in the refurbishment works in total.

The delay these unexpected issues should have caused was lessened by working through the winter, which required the implementation of extra measures to stop seasonal bad weather, such as February’s storms, from causing further delay.

Andy Ewing, Spencer Group’s Project Manager at Wemyss Bay, said: “Wemyss Bay Station is a wonderful old building and because of this, the materials and technologies used during its original construction created a number of structural issues which needed urgent attention.

Fortunately, our teams have a wealth of experience in this field, having completed multi-disciplinary works on a number of listed station buildings including Edinburgh Waverley Station. We were able to successfully work through the harsh conditions of winter in this coastal location, bringing the project to completion to the satisfaction of client and stakeholders.

“I’m delighted with the work of all our team members, with special mention to our Construction Managers Peter Benning and Pawel Pliszko. Their experience in working on special buildings with a listed status, combined with their technical and leadership skills, have been invaluable and I would like to thank them for their efforts.”

The team also gained permission to close one of the platforms to allow them to work in isolation, which meant that they were able to work safely throughout the day, as the station remained operational throughout these works.

The final stages of the work involved installing new access systems to the canopies to prevent the previous issues of access difficulty leading to disrepair, refurbishing the concourse roof with a total of 165.5m2 of new glass panes, and other miscellaneous finishing tasks. 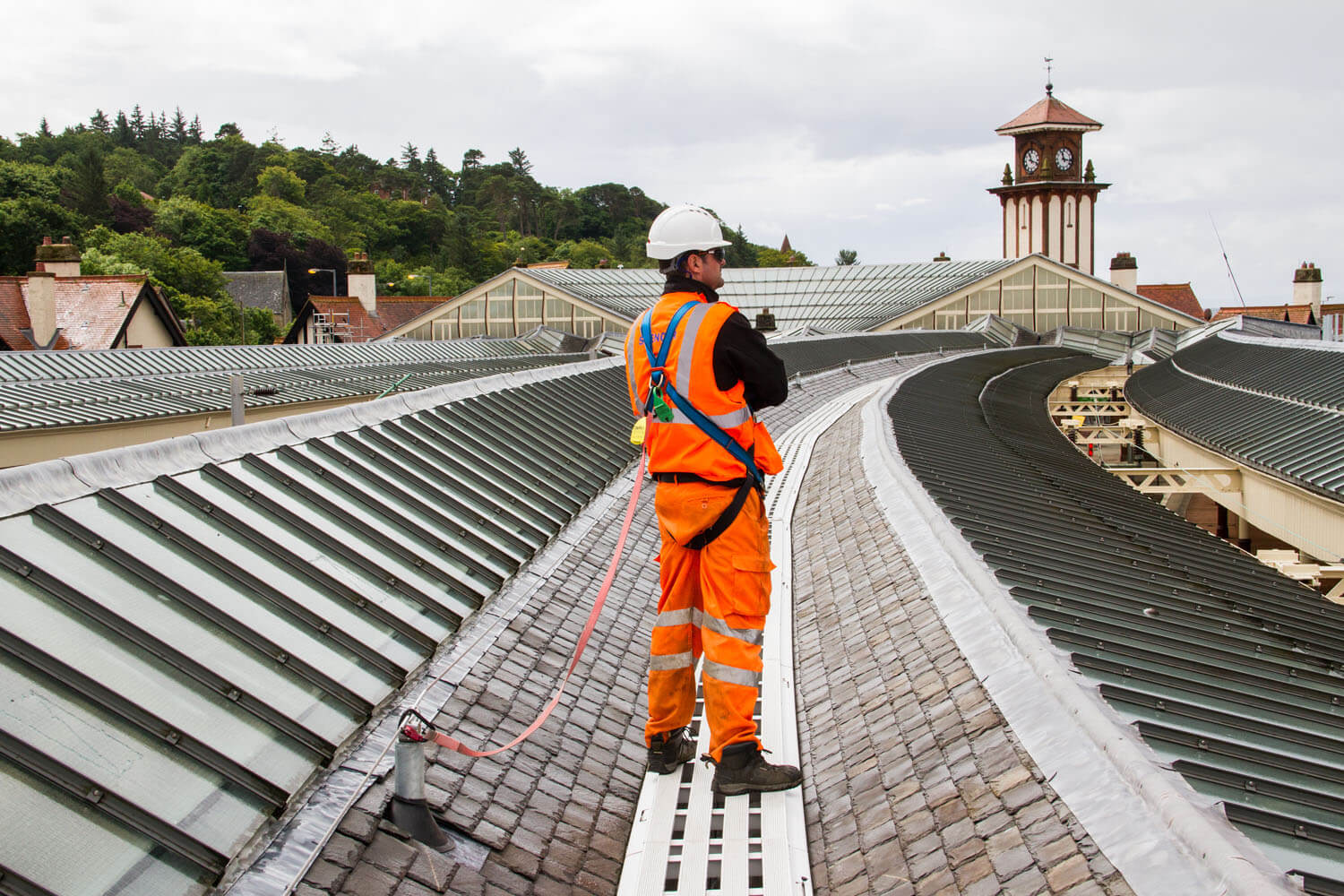 Wemyss Bay Station in Inverclyde was designed by James Miller in 1903 for the Caledonian Railway. It incorporates the Caledonian MacBrayne ferry terminal, connecting mainland Scotland to Rothesay on the Isle of Bute.

With its historical importance for transport links in this area of Scotland, the station gave working people the means to get away for a family holiday, opening up destinations like Rothesay, Millport and Tighnabruaich to the masses.

Wemyss Bay Station is well-loved by local residents. As such, Spencer Group consulted with 300-strong community group ‘The Friends of Wemyss Bay Station’ throughout the works, updating them on progress and even granting them privileged access to gain a sneak peek at the refurbished station prior to completion.

A spokesperson from the community group commented on Spencer Group’s contribution to Wemyss Bay Station: “The Friends of Wemyss Bay Station are pleased that the work on the station is now complete. We very much appreciated getting privileged access to view the work in progress, and enjoyed excellent relations with the Spencer Group’s workforce over the past two years. We are delighted that the station is looking so good, and that the future of the station is now secured for many years to come. We would like to thank Spencer and all other contractors for all their hard work.” 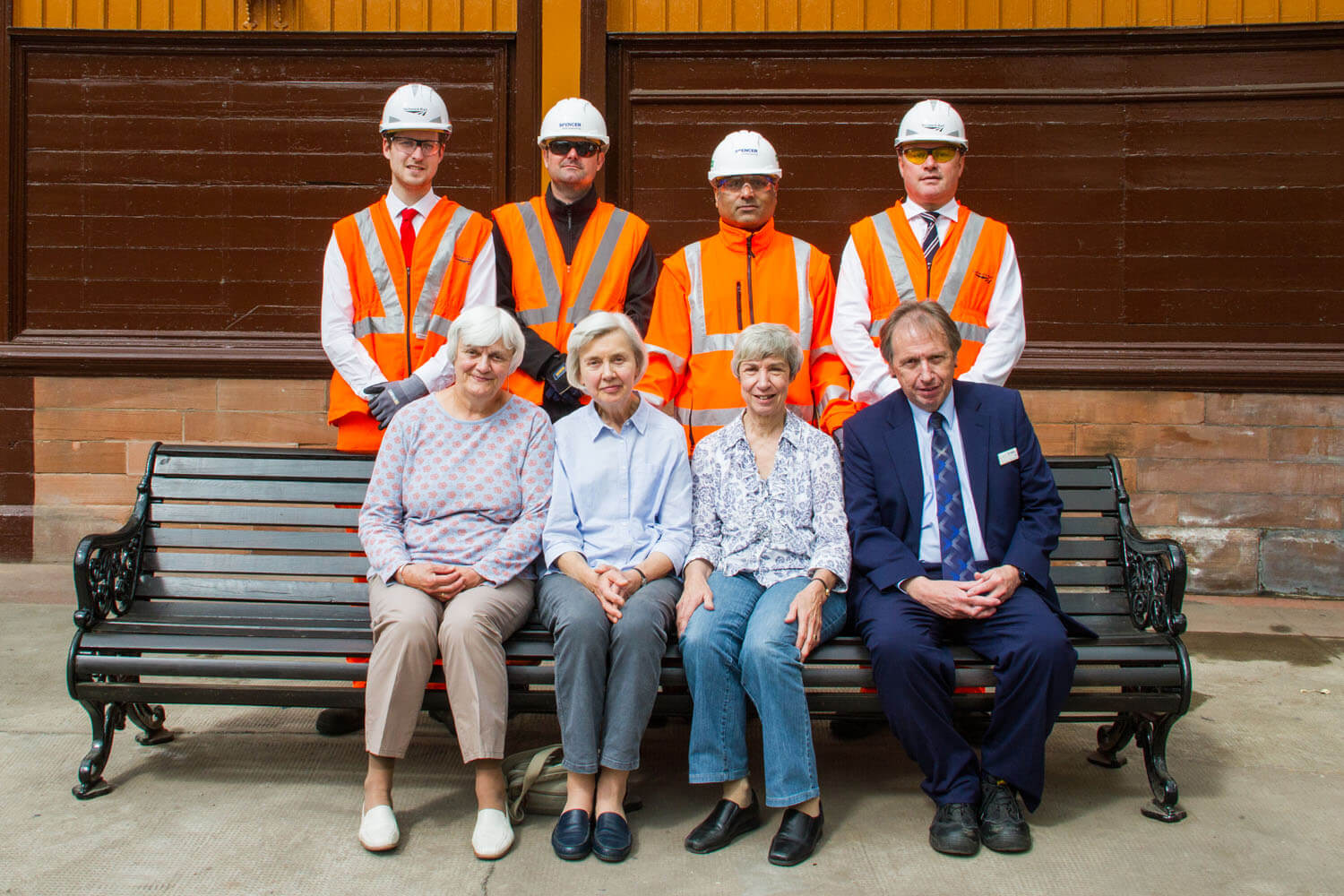