For the great benefit of the residents of Rochester and surrounding area, it is pleasing to be able to announce that Rochester Riverside multi-storey car park was opened to the public on Friday, 29th April.  Spencer Group handed over the completed project in advance of the ‘Sweeps’ Festival in Rochester at the bank-holiday weekend, thus achieving an important objective for its client, Medway Council.

Spencer won the design-and-build contract to build a 300-space car park adjacent to the new Rochester Station in June 2015.  The Group was already on site constructing the new station for Network Rail and so was well-placed to assist the council’s plans for the new car park facility.

Neil Stuart, Project Director for Spencer, said: “Spencer Group has an excellent relationship with Medway Council, which began during the East Kent re-signalling contract and is now evident in our award and subsequent completion of the car park contract.

“The Spencer team demonstrated immense commitment during the works, rising to the challenge on numerous obstacles they faced throughout the project and the support from our specialist suppliers was also of the highest quality.” 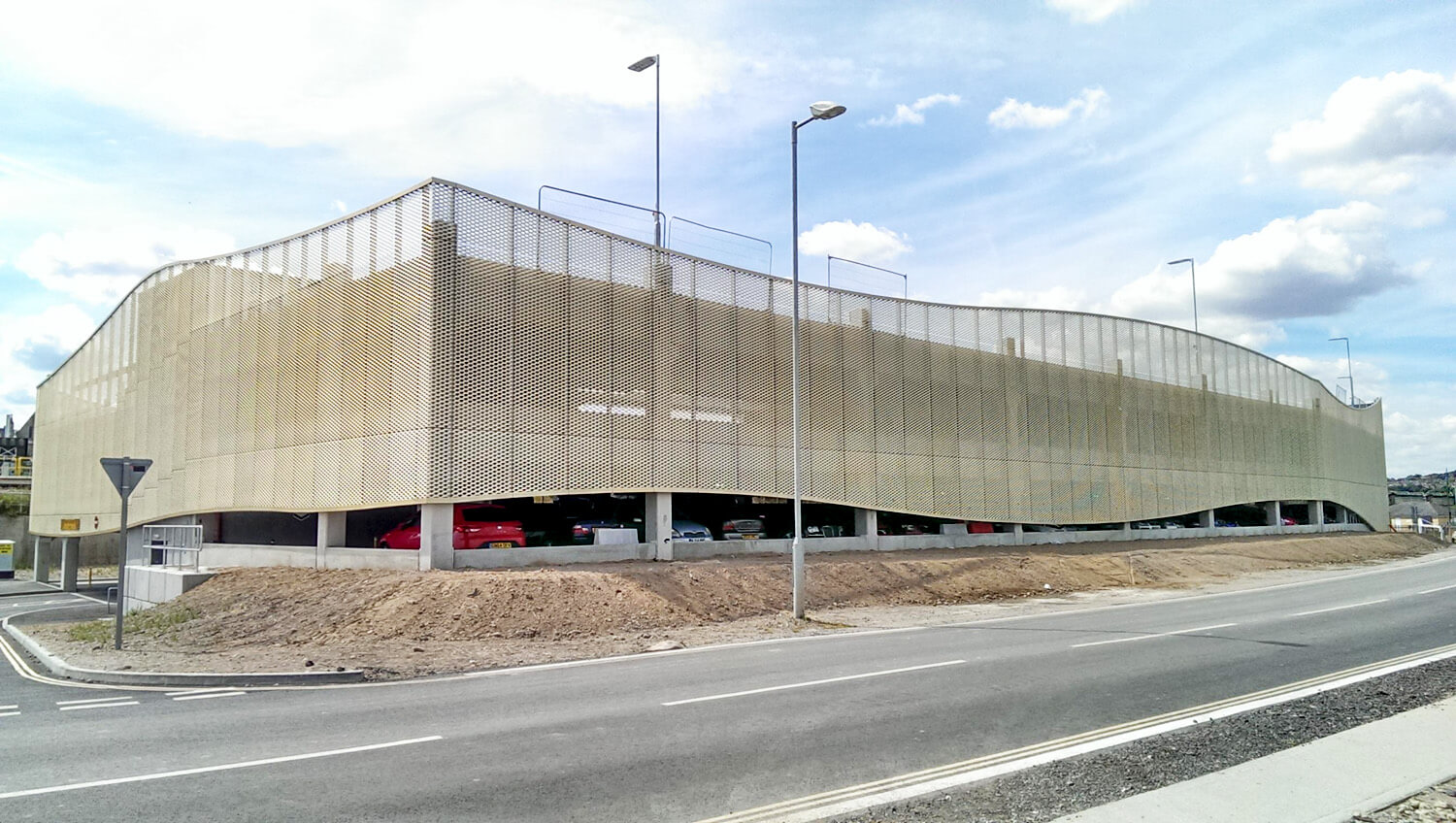 Rochester Riverside is a key component in Medway Council’s regeneration plans, providing residential units, offices, retail space, a hotel, restaurants, a primary school, community facilities and public access to the river frontage. The aspiration is for the car park to provide a high quality structure at the gateway to the development area, whilst meeting the logistical demands of this new cultural hub with 327 parking spaces, including 6 for motorcycles.

Part of Spencer’s aim for the project was to make the completed building accessible to people of all ages and abilities, and the installation of two lifts has helped to achieve this. The building is 90m long, 30m wide and up to 10m high, allowing for a coherent layout and clutter-free design.

Spencer’s designers have co-ordinated design input from a number of external consultants and specialist contractors, including an award-winning architect who produced the initial concept design. Achieving planning consent has been part of the Group’s scope of work.

Work started on site in June 2015 with the diversion of services and in September, 150 continuous-flight-auger piles were installed by Spencer’s supply partner, Bachy Soletanche.  The main superstructure is made of over 700 pre-cast concrete elements, half of which were manufactured near Dublin and shipped across for installation on site, which started at the end of October.

Being alongside the railway, Network Rail Asset Protection had to be kept informed of what Spencer’s operatives were doing. As the construction team is highly experienced in working in a rail environment, there were no concerns in this regard and no dangerous occurrences to report in connection with RIDDOR regulations.

The gold ‘Eyetech’ mesh cladding was chosen by Medway Council after construction began. 1,700m2 of gold cladding is a failsafe way of achieving a distinctive appearance, ensuring the structure is immediately recognisable from a distance.

The construction overall has received some very positive feedback, both before and since opening.

Richard Hicks, Director for Regeneration, Culture, Environment and Transformation said: “The new Rochester Riverside car park meets a need for more parking in the area, which is long overdue. It is well placed in the heart of Rochester, with shops, restaurants, tourist attractions – and the new railway station just a stone’s throw away.” 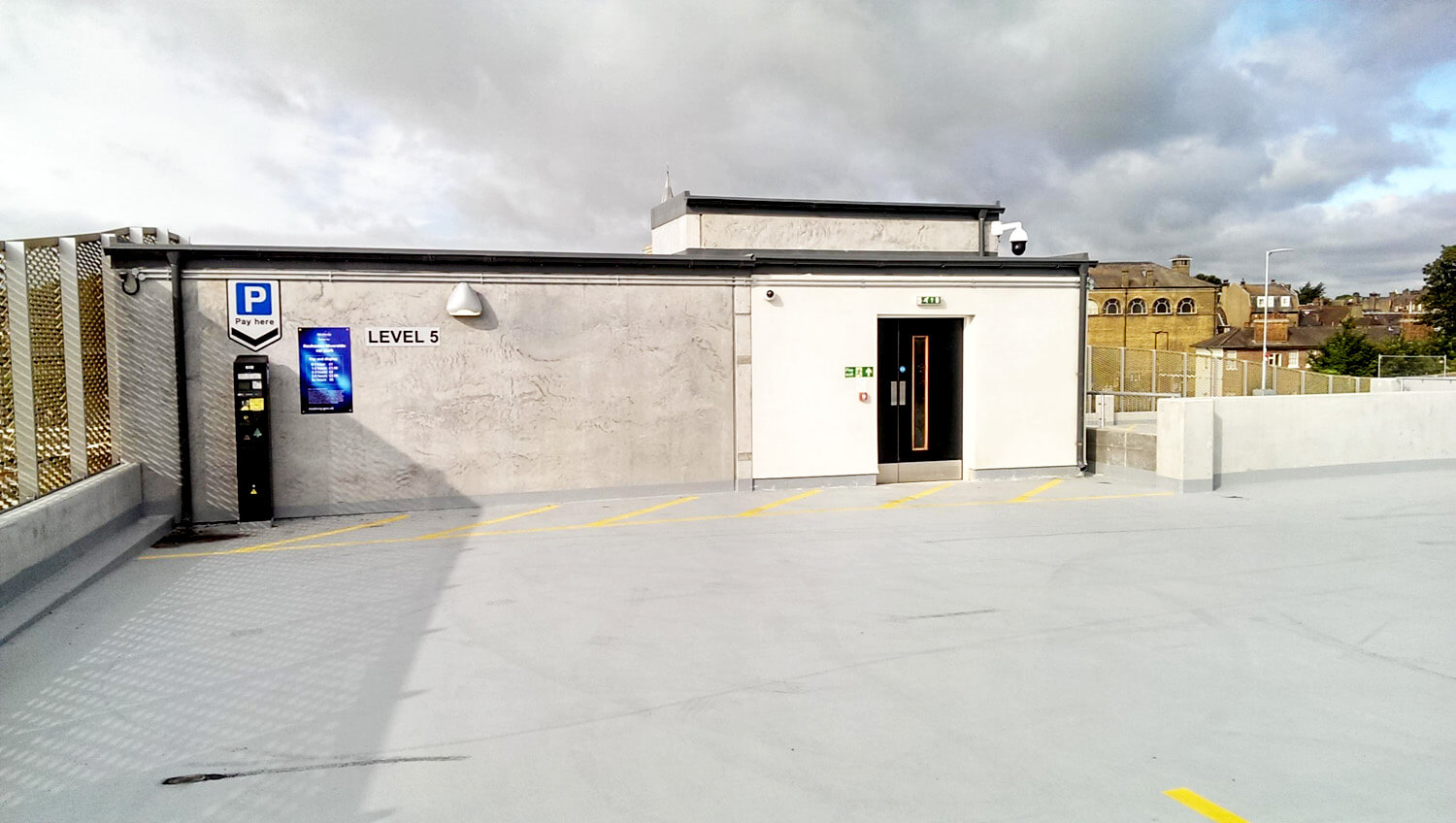