Report on Spencer Group’s work for London Underground that will benefit millions of travellers.
It is a project with multiple challenges and complexities, but one that will deliver a hugely improved travelling experience for millions of commuters, residents and tourists. Infrastructure specialist Spencer Group is on the home stretch of an immensely demanding scheme to achieve step-free access to one of the oldest and busiest stations on the London Underground network.
Busy station
The £20 million project is being carried out at Finsbury Park Station in north London, the fourth busiest station outside of London Underground’s zone one, with 28 million people using it annually. When completed, the works will double the capacity for travellers and reduce congestion by enhancing connectivity from ground level to the Victoria and Piccadilly Line underground platforms. It will mean passengers have more space and journeys through the station will be quicker and more pleasant.
Now forming part of a bustling interchange, including a National Rail station and two bus stations, Finsbury Park is one of London’s oldest stations and the scheme will also make it easily accessible to wheelchairs, prams and buggies for the first time. The Finsbury Park project is one that very much fits the DNA of principal contractor Spencer Group. With vast knowledge working across the rail network and in delivering station redevelopment schemes, Spencer Group has set industry-leading safety standards and is highly trusted to deliver complex rail infrastructure projects, such as Finsbury Park. 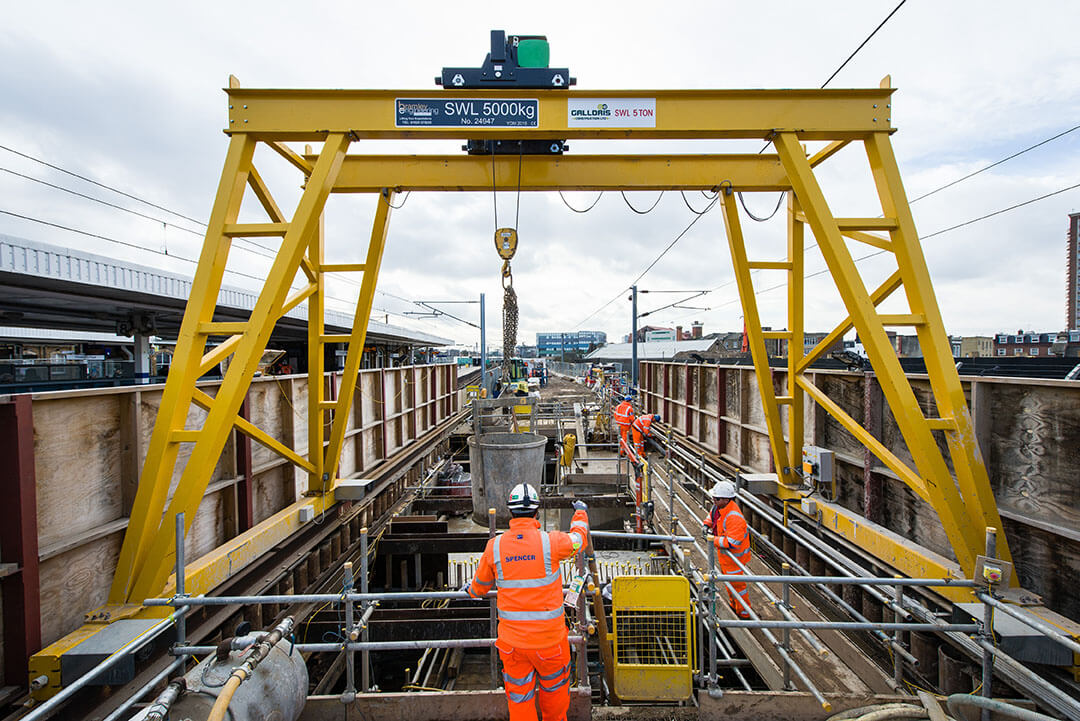 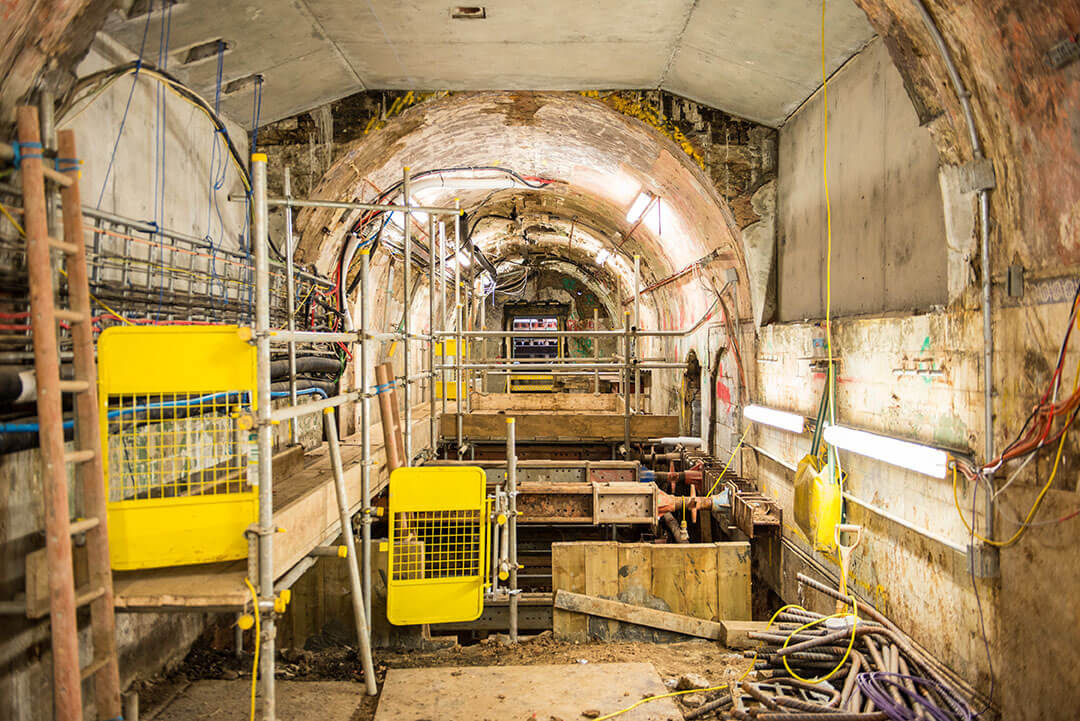 The project has all the hallmarks of an intricate mining scheme, with a series of careful excavations and Spencer Group teams working with specialist tunnelling contractor Galldris Construction deep below the streets of the capital. The scheme includes:

That major redevelopment has added further to the complexity of the project, as it has required careful coordination between the construction teams. The design and build contract followed Spencer Group’s successful delivery in December 2014 of enabling works for the step-free access scheme. Those works involved installing piles as well as platform and track temporary supports.

For the main project, construction of the lift shafts was carried out between the Network Rail and London Underground live tracks and included sequential mining by hand, exposing and adding temporary supports against the running London Underground platform tunnels, followed by the installation of permanent works.

For the passageway extension, Spencer Group developed an alternative construction methodology, incorporating the installation of track slab beams. In conjunction with the construction of stacked headings, the company effectively created an underground bridge, allowing the main tunnel excavation to be safely undertaken by operatives under the live Network Rail tracks. 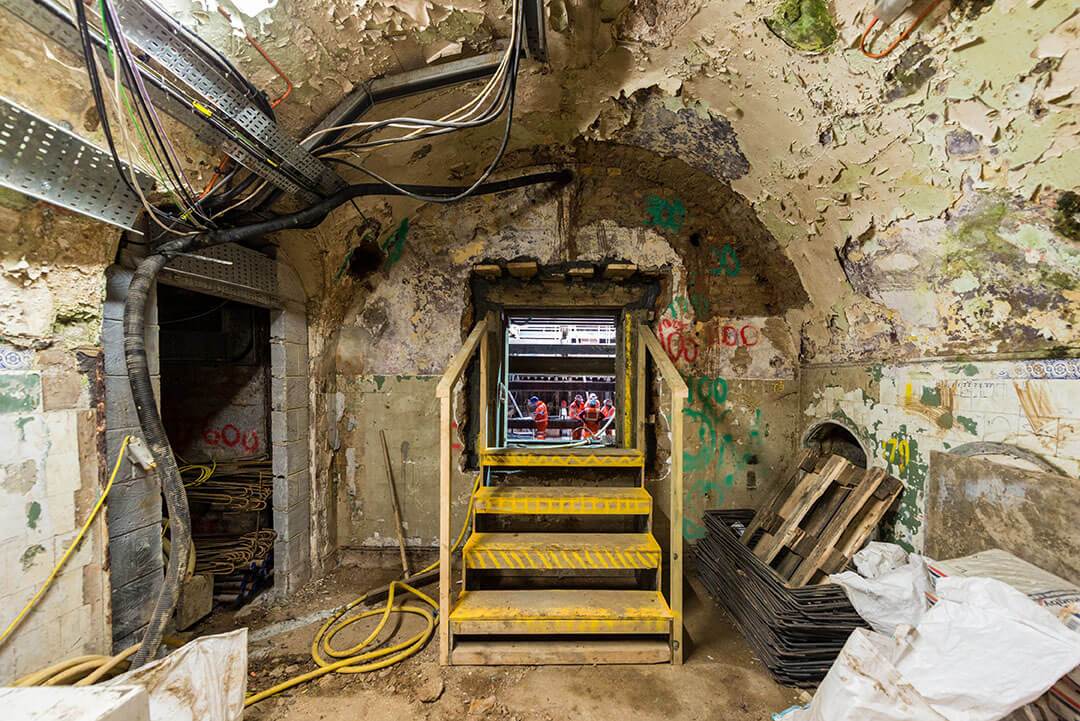 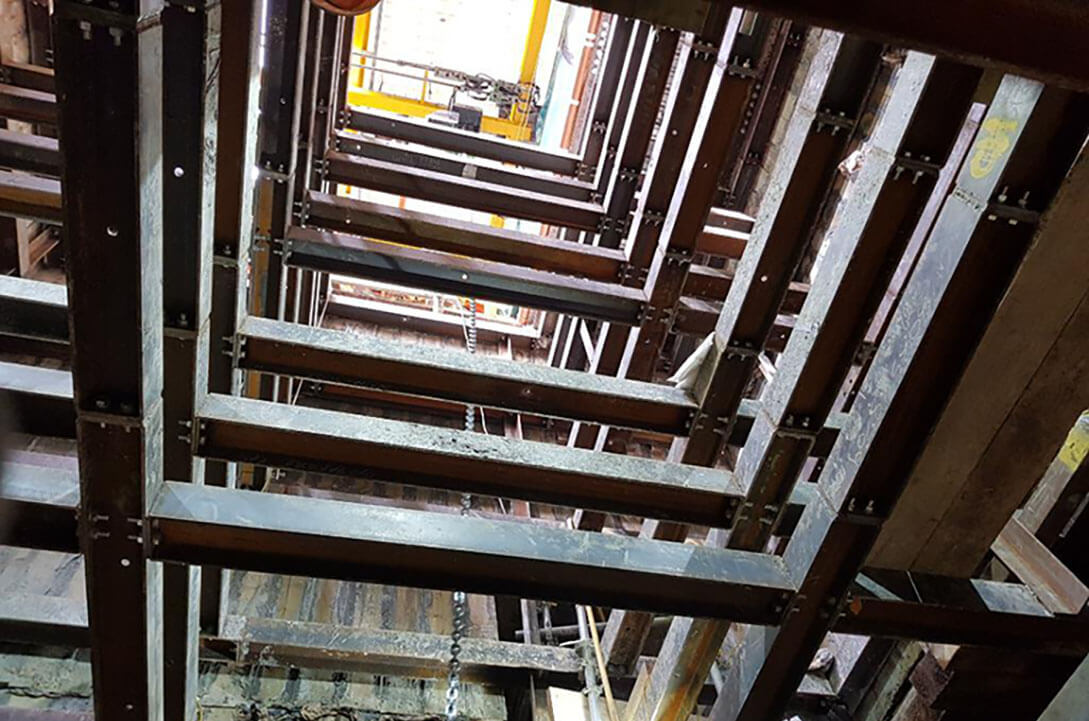 The civil works began in September 2015 and are due to be completed in June this year, with the station remaining open during the full duration of the project. Spencer Group has had an exemplary safety record throughout, with more than 365,000 man-hours worked.

Menelaos Lydakis, Project Manager, Spencer Group, said: “This has been a highly complex project and the careful coordination with third parties was a key to its successful execution. We are very proud that we have minimised the impact on the service to travellers during the construction phase. In fact, the works have only required the temporary closure of one staircase at a time and we have become an ‘invisible contractor’, working behind the hoardings within the station.

That has meant it has been business as usual for one of the busiest stations outside zone one of the London Underground, for the full duration of the project.

There has been zero disruption to rail services and the benefits will be really significant for travellers. These works will double the capacity and reduce congestion by enhancing connectivity from ground level to the underground platforms. Commuters and other travellers will enjoy the fruits of this project for many years into the future.”

Spencer Group’s expertise was enhanced by engagement with specialist designers Golder (formerly Alan Auld Engineering) and tunnelling subcontractor Galldris to undertake this complex project with a fully integrated approach critical to its delivery.