Spencer Group has enjoyed a phenomenal start to 2016, which has seen the securing of £86 million of work; that total is £121 million when combined with the Group’s energy works. Depot enhancement projects are significant in this recent success, most of which are part of the Intercity Express Programme (IEP).

Craigentinny, with a capacity for 176 rail vehicles, is the biggest depot in Scotland by far. Its reception road begins two miles east of Edinburgh Waverley station and includes two fuelling roads for HSTs and Voyagers after which is the main depot. The depot complex is 1.25 miles long and is energized at 25kV (except for the heavy maintenance and repair roads and the Portobello servicing facility – the part of the depot which is furthest away from Edinburgh).

Craigentinny’s reliable train maintenance stems from its skilled staff, who have many years of experience. However, this maintenance regime is now changing due to Virgin Trains’ unveiling of its new Azuma trains (under Hitachi ownership) on 18 March 2018.

Getting the depot ready for Azuma trains began in November 2015 when Spencer Group started work to install a new Garrandale washing plant. This is housed in a 40-metre-long x 6.5-metre-wide steel clad building and will wash trains at temperatures as low as -5°C and will recycle 70 per cent of the water used. This work involves alterations to the fuelling point, with significant track and OLE alterations. It will be completed in July 2016.

As a result of close liaison between the depot and Spencer Group, these alterations will not reduce work done by the depot. Nevertheless, there are some operational constraints; for example, during a week in May when a Kirow crane will remodel the depot layout, it will only be possible to access the depot from its Portobello end during the daytime.

The next stage will create additional facilities within the depot. Synchronous jacks are to be installed within the inspection shed for bogie replacement and number 2 maintenance road is to have a roof-level inspection gantry. A bogie drop is also required in the maintenance shed. However, as the shed is not long enough to accommodate a HST train and build a bogie drop, this installation will not start until VTEC has given up its lease in August 2018. 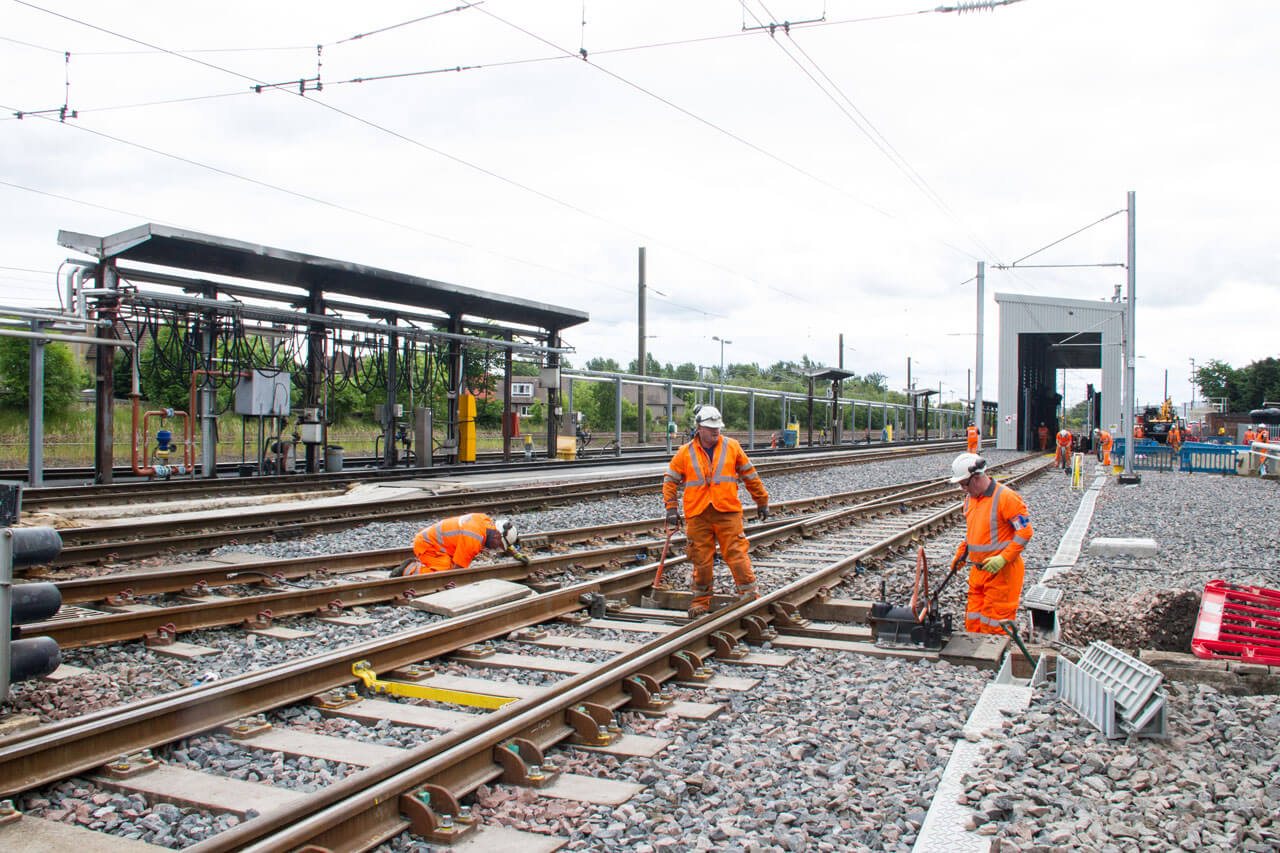 Ferme Park is also part of the IEP Depots framework. At this location in North London, Spencer Group completed the enhancement project in January 2016. The upgrade to Ferme Park – as will be the case for all IEP depots – facilitated the maintenance of Hitachi Trains’ new fleet of Class 800 and 801 Super Express Trains; they will run at speeds of up to 125mph and reduce journey times on the East Coast main line (ECML).

Spencer Group’s on-site team encountered numerous unforeseen challenges along the way, but managed to overcome them in order to meet the specifications of the project on time, to budget and with zero accidents/incidents over approximately 38,500 hours worked. The team was required to install facilities to refuel, empty the controlled emission toilets and replenish the water tanks. A fuel system additive – AdBlue® – has also been supplied at each fuel point.

Employing its multidisciplinary in-house design team, Spencer Group was able to provide a full design and build service, completing the detailed design of all civils and M&E. One of the main challenges through the design was the requirement to provide stormwater attenuation within the apron structure so as to not exceed the capacity of the existing drainage system. This meant providing an attenuated track slab and hydrobrake unit to aid in the storage of water and slow the release of storm water.

Contracts were signed in 2012 for the first phase of the Intercity Express Programme at Doncaster, for trains for the Great Western Main Line. The second phase, to enable trains to run on the ECML, began in 2014. The latter involved the construction of the Doncaster Carr train depot, alongside the ECML.

Spencer Group was contracted for the construction, testing, commissioning and handover of the proposed modifications relating to the connectivity of the newly constructed depot on the Doncaster Carr Loco site. The works, which will be completed this year, facilitate the maintenance and servicing activities associated with the new IEP fleet. This included:

Spencer Group was awarded the contract to extend and upgrade Great Western Railway’s flagship train care depot in Reading. With the decommissioning of Old Oak Common depot for the development of HS2, the majority of fleet maintenance work is being transferred to its Reading depot, including the requirement for a new wheel lathe facility.

Spencer Group produced a clear delivery strategy demonstrating phasing of the planned works at Reading, which will ensure the usual depot operations can continue unhindered throughout the majority of the project’s lifecycle. Spencer Group also undertook GRIP 5 approval for the project in order to attain the necessary Network Rail design approvals.

The scope of works includes an extension to the existing train maintenance shed to create space for the new wheel lathe facility, the extension of the pway and associated modifications to existing signalling and depot protection equipment to allow trains to access the wheel lathe, the relocation of the depot’s carriage wash plant building to a temporary location to enable continuous maintenance operations while the construction works progress, and the construction of office/training rooms and welfare accommodation within the extension for depot staff.

Works have been delayed to date due to the need to relocate existing public utility services, but Spencer Group has worked collaboratively with the client to develop temporary access routes to allow enabling works and permanent construction to progress.

Spencer proposals director Simon Bethell commented: “One of the challenges with this particular project at Reading depot is that it is on the boundary of the Reading Music Festival site. Spencer Group’s site accommodation and storage must be carefully planned, taking cognisance of timescales around Reading Festival. We have to keep the Reading Train Care depot fully operational throughout the duration of the contract. However, we have great experience in depot works and live working environments and are confident of achieving success.

“We are delighted to have been chosen to handle the upgrade of a number of depots on behalf of both First Great Western and East Coast main line. It continues our successful record in delivering a variety of works at depots in England and Scotland: Airdrie Bathgate, Neville Hill, Heaton, Hornsey, Bounds Green, Eastleigh, Cricklewood, Etches Park and New Cross Gate Train Care Depot to name a few.”

In addition to the four depot projects detailed above, which are either underway or nearing completion, Spencer Group is also in the design stage with projects at Heaton (Newcastle upon Tyne), Bounds Green (North London) and Neville Hill (Leeds). 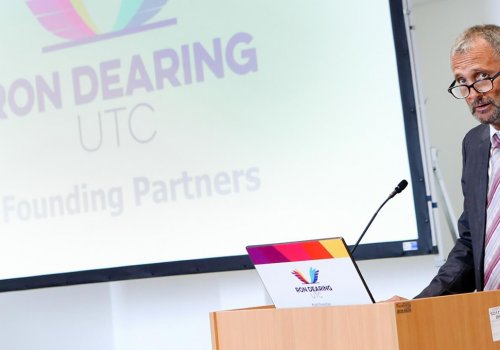